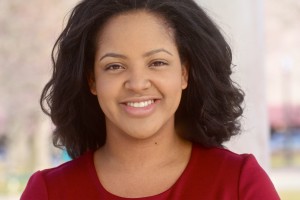 I'm so excited to introduce you to a young talent who is sure to knock your socks off! Miss Shanae Burch is a recent graduate of Emerson College and has hit the ground running auditioning and booking work like a mad woman.  Already she is working on three separate projects (which you can learn about by visiting her facebook page). All while holding down a new job as an admissions counselor at Emerson.  The time it takes to establish yourself as a working actor while working another job on the side is no joke. If you don't take it seriously, and make finding balance a priority one of the following three things will happen.

Sound like balance might be a good idea?  It's never too early to start working on finding balance! Jump in and enjoy Shanae's advice and let us know how you put it into action!   Let us know how you are doing with finding and maintaining balance in the comments below.

The Tightrope of Life –

As the leaves continue to change in Boston, it is becoming even clearer that I am no longer a student at Emerson College, but a staff member. Some days it feels weirder than most, but overall it feels quite freeing. Though I believe I aced time management, I think the word BALANCE is foreign to many students. (But whom am I kidding – the word BALANCE is foreign to many out of school as well!)

As performers, we’re passionate about so many things that time sort of takes us by surprise. I thought the best way to introduce myself as a contributor to this blog would be with my own personal goal of the year, so  that we can find BALANCE together.

How do we find BALANCE?

1. We have to learn how to say NO without fear (more than once).

It’s hard to believe that we can say the word NO and the world won’t stop without looking down at us, but the rumors are true. Saying NO can be said politely and with grace! Saying NO can actually be healthy and quite positive. For example, mid-way through my junior year of college I realized that the responsibility of Class President was jeopardizing my ability to find my own personal free time to do more of the things I loved outside of the classroom– like theatre. After the upcoming season for my theatre troupe was announced and I was selected to be a member of my school’s Orientation Core Staff (eight students who plan the following Winter and Fall Orientation), I decided something had to give, so I resigned. It was made to be a highly publicized scandal in the school newspaper and the words I read about myself weren’t true, but the words I heard from my advisors, family, and friends made me feel stronger. Second semester of Junior year, I had the time (believe it or not) to be in one mainstage production of “Twilight, Los Angeles: 1992” and rehearse as Harper in Angels in America, in addition to costume design for “The Last Days of Judas Iscariot” and portray Saint Monica. It was one of my most fulfilling semesters, and at the end of the year, I was really happy I had made the decision to honor my intuition. We do not have to be super human, and people will understand!

2.  We have to prioritize and we HAVE to write it down!

When I made the decision to take a year in between my undergrad and my graduate studies, I had to assess my wants and needs for the year. I needed a job, but I also wanted to do theatre. Because I am not at a point in my acting career to do it “full-time”, I needed to secure a day-job, but a day-job that would encourage, as well as support my typical production schedule.  Four weeks into being an Admission Counselor at Emerson, I am about a week into a reading workshop, and a week away from a staged reading and starting rehearsals for a fully staged production of a new play titled “Raising David Walker” by Peter Snoad. As soon as you get dates for projects, you must write it down! I HAVE to physically write it down for it to be wired into my calendar, but go digital if you’d like. Making lists of tasks and responsibilities now will make it easier to assess when you NEED to say no later. If you look at your calendar and don’t see much time for food, rest, and fitness, something has to give. Read #1 again for good measure! J

The name of the website has got it right!

3. Be prepared for the unknown by keeping your cool!

Great! You have an audition. You followed all of the instructions and when you arrive, they ask for something you’ve already emailed or something else you just don’t have. Sound familiar? It’s happened to us all – for me? Just last week. Attitude is 10% of what happens to you and 90% how you react.  Pursuing a passion within the arts calls for flexibility, and though physical poses in yoga help, I’m talking about patience and understanding – you know, chicken soup for the soul. If something doesn’t go your way or takes you by surprise, know that if a door is closed, there’s a window near by.

I look forward to going on this journey towards BALANCE with you. We’re going to have fun! If you have any tips or stories about these three things, I’d love to hear them in the comments section below!