Build your business with Quiz Funnels from Ryan Levesque! 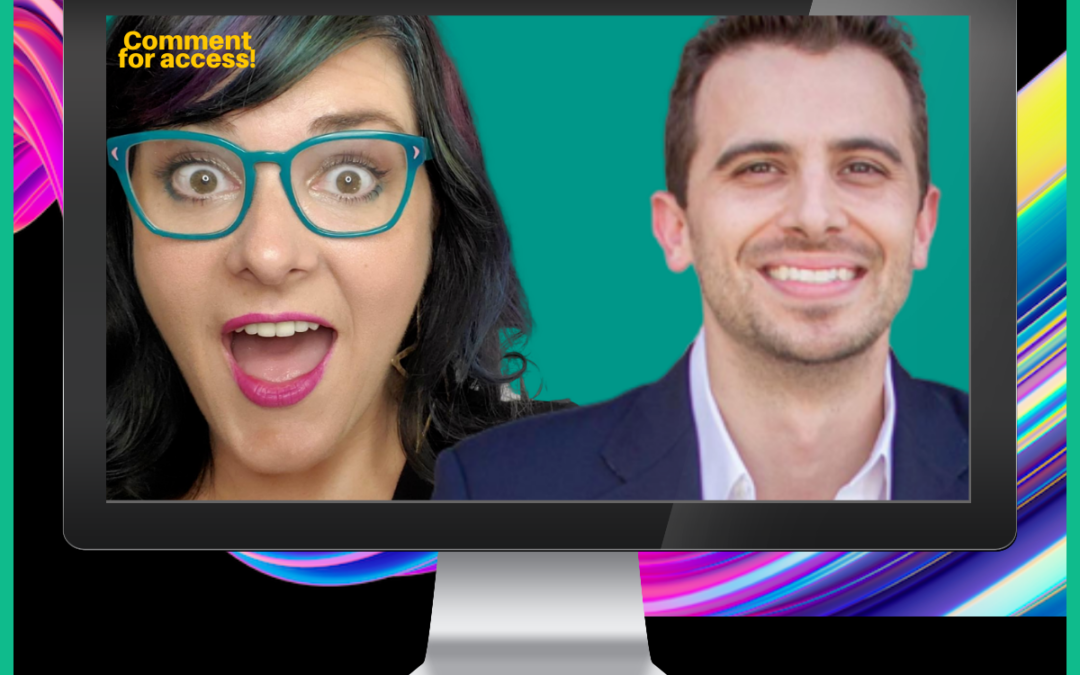 You probably already know, everyone LOVES quizzes. Whether it's to find out things about yourself, or to give your opinion, or to simply test your knowledge, it feels like… you just can't help but fill them out!

As a business owner they also help you serve at a deeper level, and truly support your clients! In order for a quiz to be effective for both you and your biz… there are a few key pieces you want to have in place!

We've managed to bring on the founder of The ASK Method Company, Ryan Levesque, for an exclusive interview! He talks to us about “QUIZ FUNNELS” and how to use them to quickly build your email list, generate cheap (but high-qualified leads), and immediately convert those leads into paying customers and clients (even if you’re starting from scratch…).

Ryan Levesque is the Inc. 500 CEO of The ASK Method® Company, an entrepreneur, and the #1 national best-selling author of the books Choose and Ask. His work has been featured in the Wall Street Journal, USA Today, Forbes, Entrepreneur, and on NBC News and Fox. Over 250,000 entrepreneurs subscribe to his email newsletter that offers valuable business advice. He has built a highly profitable $10M+/year business across 23 different niche markets, building an email list of over 4.1M people, using the power of QUIZ FUNNELS.

He started his business in the wake of the last economic recession in 2008. In that time, he took that company from nothing, to $24k a month in less than 18 months, to over $1M in less than a year and a half, to now a whopping $10M a year. Ryan teaches a Choose, Ask, Build challenge. Choose the market that you want to serve. Ask what their needs are and what problems they have. Build a funnel and a business on the back of that intelligence that is your dream business.

He is also a co-founder and investor in bucket.io®, a leading quiz funnel software for entrepreneurs used by over 30M people each year. Plus he is a certified AFOL (Adult Fan of LEGO), and he lives with his wife, Tylene, and their two boys in Austin, Texas.

Ryan wrote a book called Ask. They built a company called The ASK Method Company. At the core of the Ask Method is the philosophy that not knowing the answers as a business owner can be tricky. When you don’t know the answers, you have to ask good questions. The questions are designed to understand and listen before you rush to judge or make a move. It’s never been more important than today to take the time to ask good questions so you can ultimately serve at the highest level. It’s also easier now than ever before to reach your target audience and get to know what drives them, what their needs are, and so on and so forth – all at the simple click of a button. Of course it’s only possible if you design the right quiz that is ideal for your business. But more on this later.

First, what is a quiz funnel? It’s the marketing love baby of a quiz and a funnel. When someone lands on your website, instead of first trying to sell them something or encourage them to opt in, you ask them a series of questions to understand more about their situation so you can connect them with the best resources or market the product in such a way so that it feels specifically designed for them. The more we can learn about people, the better we can serve them.

There are five major reasons why a quiz is a good idea to utilize:

#1: Incredibly Cheap Leads. When you switch to a quiz funnel, you can cut your cost per lead by 30-90%. Quizzes are incredibly shareable. When you are driving traffic on Facebook, it rewards you for that engagement. They will reward you by cutting your cost per click and put your stuff in front of more people. And when people go through your quiz funnel, they tend to want to share it with other people.

#2: Incredibly High Conversion Rate. Remember, what we’re building here is not a Buzzfeed quiz; it’s not a quiz to figure out what type of pizza your dog likes. This is a quiz designed to create demand for what you’re selling. If you ask the right questions, you can often double or even triple your sales conversion rate. This is because you can customize your copy (headline, sales video, case studies, testimonials, etc.) based on their answers.

#3: Incredibly High Volume. There is no better way to grow or launch your audience than to do so on the back of a quiz funnel. You can grow your audience by 10-80 times or more.

#4: Incredibly Valuable Data. You are building your own list that you control, not just names and email addresses, but all the data you gather from their answers to your questions. It is a valuable asset for your business so you can sell it someday. You can increase your company’s value by over 100x because of data. Data wins.

#5: Feel good! This is one of the few strategies in business that you can feel good about implementing when you go to bed at night. Not only do you better sell, but you also better serve your market. You’re ultimately serving your market at the highest level, putting the best resources and content in front of people based on their situation because you have taken time to ask them questions and listen to their answers.

There are so many companies that have built themselves from this quiz funnel. Think about Proactiv, one of the world’s largest skincare brands in America, through infomercials and co-opting major talent as spokespeople for their acne products. A few years ago, Ryan did some work with Proactiv, they have a Skincare Type Quiz. Based on your skin type and other data points, they will prescribe the right skincare regimen for you. They’ve had over 20M people go through this quiz.

But it’s not just big companies who can use a quiz funnel successfully. Small entrepreneurs with more regular-sized companies have used these brilliantly as well. It can be as simple as helping people to grow flowers. This can work for any business, large or small.

Knowing the tactics of a concept is important, but so is understanding the fundamental human psychology behind these tactics. Ryan studied neuroscience at Brown and thought he was going to become a doctor, but instead he made his parents proud by deciding to sell ebooks online teaching people how to make Scrabble tile jewelry and care for their orchids. So psychology intrigues him. And when it comes to quizzes, there’s an underlying psychology at work. But how and what makes quizzes work? Why are they so effective in generating the desired results for businesses, big and small? It’s time to deconstruct the amazing power of quizzes and what makes them tick or check all the right boxes:

#1 The power of self-discovery:

The universal promise to teach people more about themselves is driven by the enormous power that self-discovery holds for any person, whether they are young or old. When Ryan speaks in front of live audiences, he names a bunch of quizzes and asks the audience to raise their hand if they have taken them. Myers-Briggs? DISC Assessment? Kolbe? Enneagram? Roger Hamilton’s Wealth Dynamics Profile? The Fascination Profile? The overwhelming majority of the audience has raised their hand for at least five of them almost every time. This is because let’s be honest, we are obsessed with ourselves!

Whenever you ask someone to do anything, your prospect’s brain initially perceives this change as a threat, kicking off that fight-or-flight response in the amygdala – part of the brain that drives emotions as well as behavior. But there is a way to hack this fear response that we all can harness. It’s by shrinking the size of the step that you ask someone to take – make it so small that it’ll be unlikely for them to decline. Quite simply, by designing a small step in the right direction for your customers, it’ll be impossible for you to fail.

When you create a small step for when someone lands on your website, you create what’s called action-taking momentum. They dip their toe in the water, then their ankle, then their leg. Before they know it, they are in the swimming pool with you. When you’re about to create a quiz funnel, it’d be best to begin with a simple “grease the wheels” question. “Are you a beginner or an experienced entrepreneur starting a new business?” “Are you a left-handed tennis player or a right-handed player?” Such types of questions act like a micro-commitment to get people to take the first step into action with you.

There is almost nothing more curiosity-inducing than the promise to learn something about yourself. It is also an effective tool to diagnose a person’s situation and prescribe an outcome for them in the way a doctor does. A doctor asks questions to diagnose your problem and prescribe steps. A quiz allows you to attract, diagnose, and prescribe, too.

If quizzes are so easy and useful, why aren’t more people having success with them? It's possible that people get overwhelmed by the idea of making a quiz in the first place, or perhaps they launched a quiz and it just has not taken off? There are a few things that will cause those things to happen. Probably the best way to understand how to create a quiz funnel is by first understanding all the things to avoid or what not to do:

When you have the right hook, offer, questions, process, and technology, so much can happen. Here are some exciting numbers to prove this:

If you need some direction, take our Camera Confidence Course!