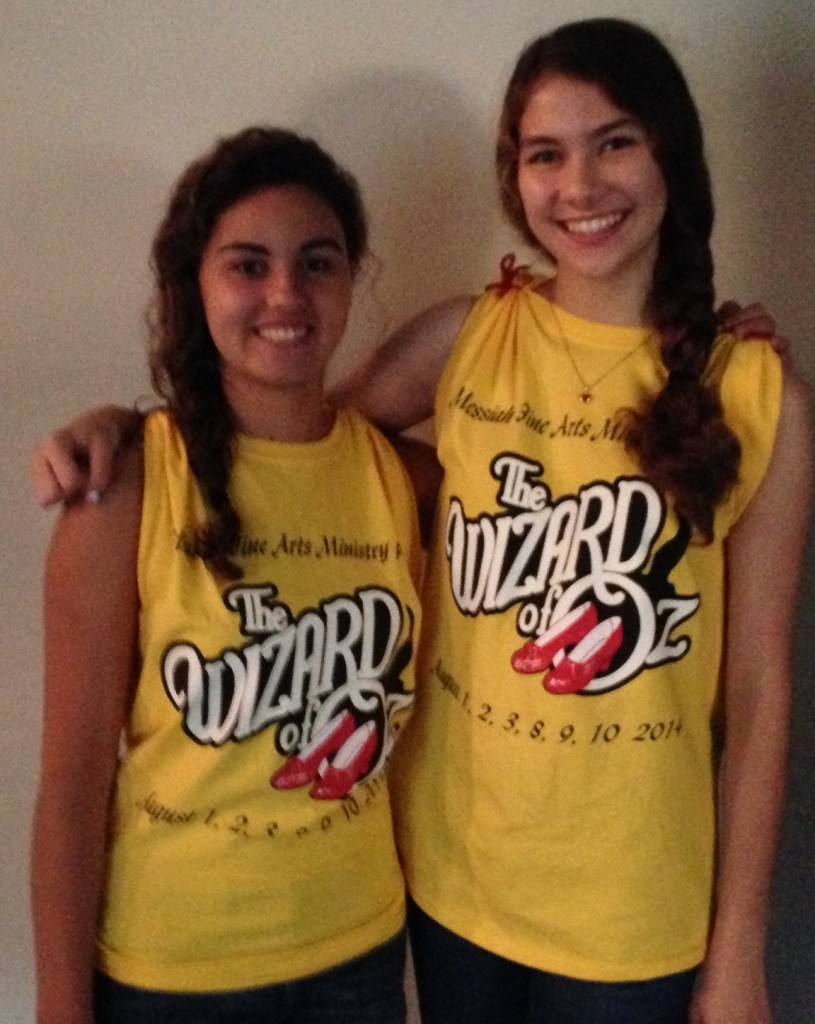 Many of you may not know this, but I am a twin. My brother and I are fraternal twins—we don’t look, speak, or even think alike at all, so it’s always a surprise to everybody that we’re twins. Recently I had different “twin” experience. It was with a fellow actor and we weren’t related in anyway, but we were double cast as Dorothy in The Wizard of Oz. It is SO much fun having someone play the same role. From the beginning, she and I were like twins, which was really cool. We finished each other’s sentences, said the same things at the same time, and even dressed alike when we weren’t in costume. People in the cast even kept mixing the two Dorothy’s up. Sometimes, while watching her perform, I had this strange feeling I was watching myself. So weird, huh? It was fantastic to have someone who understood the troubles I was having with a problematic point in a song or a scene that was difficult to memorize. Not only this, but since she knew my lines, we could practice together during breaks. We grew to be good friends. All of this was quite a wonderful experience; however, there was one problem. It was the only concern the two of us found with being double cast, but it was a BIG one. Drumroll, if you please… comparison. Yes, I know, we all do it, comparing one actor to another, but it sting pretty bad to overhear audience members compare aspects of our performances, juxtaposing us and choosing a favorite. Yes, it would happen right in front of us. Ouch! I know people don’t always mean to be hurtful, but overhearing remarks can be upsetting. I decided to not let it get me down though, to be thick-skinned and not let comments “rain on my parade.” As an actor, when I put myself out there for all to see, I know I’m going to get both negative and positive remarks. But as long as I take the criticism as an opportunity to learn, it will help me to further grow as an actor. And I just have to say, I would gladly put up with negative comments if it meant having such an awesome double and friend.