IT'S NOT HOW YOU FALL… IT'S HOW YOU GET UP 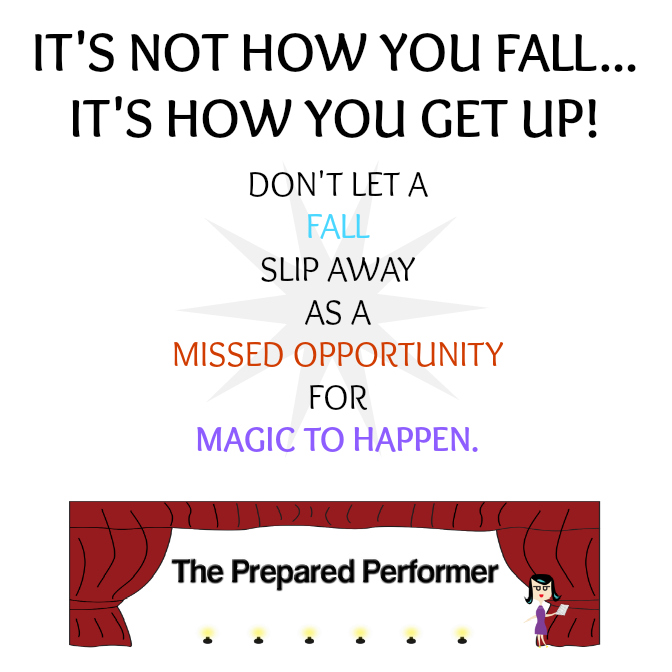 This has been one of my favorite quotes for at least 10 year. It's SO TRUE! Especially in auditions or while performing.

Musician Dave Carroll said his guitar was broken while in United Airlines' custody. After seeing employees throw his guitar from his plane window… He arrived at his destination to discover that his $3,500 Taylor guitar was severely damaged. After spending months trying to get help… he was turned away with no answer. This is his response… which gave him quite a bit of publicity.

DISCLAIMER – I have no issues with United Airlines… I just think this is was a super creative way focus on GETTING UP rather than FALLING.