IMPROV MAKES ME LAUGH (& CAN MAKE YOU HAPPIER, WEALTHIER, AND A BETTER AUDITIONER) 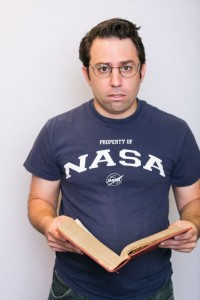 Improv Shmimprov's classes are a first step you can take to opening up these doors. You'll laugh more than you ever have in any other class, and finish the course armed to the teeth with how to ‘yes-and' better, how to set up your scene partner better, how to remain present, and of course, how to set up one-liner jokes! (Seriously, be prepared for puns, cause they're comin')
So sign up today for a class! Let's have some fun this summer, and get you kickin' butt with your gold-plated boots next year!
Improv Shmimprov classes begin August 1 and run for six weeks. Classes are 11 AM-1 PM on Saturdays, except the first class which is 10 am-12 PM. The inaugural classes are being offered at a reduced price. To sign up, go to www.shmimprov.com/classes

Take your improv to the next level online with The Prepared Performer‘s Camera Confidence course.