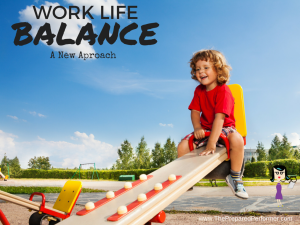 is something most of us struggle with. We yank out our hair trying to maintain some sort of control pulling at all sides to remain in the middle.

Basically the idea was this –

Todd Herman said “I am very antibalance. I don't believe in it. Show me in nature where balance happens. It doesn't. It's a constant ebb and flow between the two, there's not one point where it stays like this. Nature is either growing or it's dying, it's decaying. That's the way that it works. Use nature as the model, not some of the bullshit that a lot of people in the self-help industry want to try and shove down your throat because it's not. It just doesn't happen. This is coming from … I mean, really, I'm trying to talk to people from a place of … I'm trying to be just real and honest with you guys because people come to me with ambition and I'm telling you, listen, if you want to get this stuff executed for yourself, then you better show up in a way that is not like how other people say that you should be showing up.

Debbie Whitlock said, “I may have upset a few people by saying this but, Balance is BS! Think about being on a teeter toter, you don't just sit in the middle. The fun part is going up and down.”

That was more than 24 hours ago and I have not stopped thinking about it. I spend a lot of energy worrying about the fact that things are not balanced. Worrying that things aren't put back where they need to be. I don't actually FIX it, I just worry that I'm wrong by being high or low.

It has been insanely liberating to feel that the imbalance is OK! It's NATURAL. And, it's a lot more fun.  : )

Be safe, don't take it to insane extremes, but know the highs and low are all a part of the journey. AND – that's where the happiness is, right? In the journey? So – enjoy the ride!